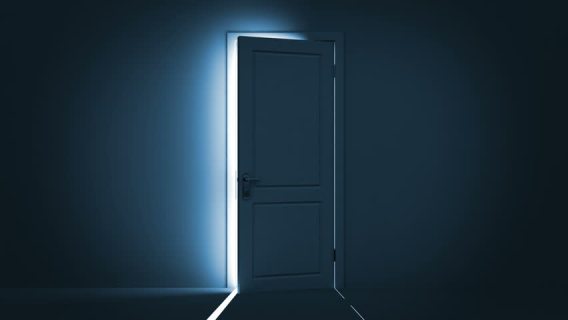 It’s the last week of December, and the full moon of the early part of this week is on its way out with the old year. It is beautiful, and at this late night, early morning hour, it fills my soul, or quiets it down, thoughts which seem synonymous.  The air is chilly, but still, and quiet, and clear across the river to the north and the bay to the east is nothing but the same quiet. The few lights of Windmill Point are faint, and the stars fill the sky despite the bold, recessive moon. It’s hard to imagine anyone is awake, anywhere. I am alone, I imagine—or, that is, I pretend—just me and the waning Cold Moon in the final days of this tumultuous year.

I certainly hope the reported hostility and resulting frustration don’t hemorrhage into 2019. I don’t know how to describe my perception of the past twelve months, but it simply felt busy, like a bad play with a massive cast of characters all simultaneously packed on the stage delivering their lines, with a boatload of stage directors and casting directors all yelling their advice and criticism and corrections, while out in the audience a brawl broke out and everyone started beating the shit out of each other. And to recall Lao Tzu, “If we do not change directions, we may end up where we are heading.”

I wish we could design our own year, like some magical date book we get for Christmas that comes with a special pen, and we sit near the fire, pour some wine, a bowl of Cheese-it’s. and start with January marking away at how the year will go. And, whoosh, it just happens.

It used to feel that way, didn’t it?

I remember when Congress was on break and you knew they were all coming back renewed, refreshed, ready to work, even if not “together,” at the very least ready to do their jobs and act with conviction. And at offices everywhere, and in businesses everywhere, there was a sense of a clean slate, a chance to “give it another shot” as it were. There was a sense that everyone made some positive New Year’s resolutions, not this deep sigh of exhaustion. Maybe it is too much information; for certain there is too much varied and contrasting information. We live in a time of a kitchen filled with cooks, a ship with too many captains—you get the point. It used to be easy to find someone to trust and let everything fall to her or his examination before disseminating it all to us.

And now it is almost New Year’s, and like a first-time marathoner, we’re left with a feeling like we’re dragging our tired asses across the finish line only to find out we didn’t get the job done, so we have to try it again.

So this morning, tonight, depending upon how I look at it, in this indescribable, beautiful stillness of peace, and with a calm soul, I’ve decided to open the magical date book and make note of what the next year will be, and what it won’t be. I’ve talked it over with my other selves, and we all agree—if we work together on this, 2019 can be phenomenal.

Sure, there are resolutions. There should be. Benevolent ones like volunteering more, giving things away, being nicest to those who are least nice. But small ones too, like writing more real letters to people, calling family instead of texting, and eating more fruit.

And I do have high hopes for some specifics, but my hopeful changes this year are more difficult to list. It’s always taken me longer to figure things out in my life than just about anyone I’ve known. And I know perhaps way too often I have acted enthusiastically and somewhat foolishly when it might have been better to have kept things a bit quieter. But this year some of my hopes are based less upon what I want to happen and more focused on what I don’t want to happen anymore. For me, some simple ambitions, such as no more explanations, no more worries about being misunderstood as has happened in the past, resulting in disparaging misjudgments. I’m done with that, but how does one express in a resolution what one will no longer care about? How does one make note of something that won’t happen anymore?

Honestly, some ambitions can’t be verbalized or measured. It isn’t a matter of distance or self-control, or even ability. It is a question of nuance. It is also a matter of faith. Not faith in a Supreme Being, though that certainly doesn’t hurt, but faith in ourselves to be able to bare our souls, or in some cases, not expose them at all. Sometimes we stand outside in the middle of the night surrounded only by the ghosts that keep us awake to begin with, and we’re terrified at our own truths, our own brief reach across the approaching distance, and something more subtle than a resolution finally follows, something difficult to define.

This is the last blog of the year, and this is the third full year of blogs. I’ll start volume four next week. But I’m ending volume three with the realization that A View from this Wilderness wasn’t for the readers–of whom, according to the tracking method which comes with WordPress, there are roughly between 750-945 a week. It was for me. This is my diary to remind myself of what brings peace to my soul while simultaneously reminding myself of what sets my soul on fire. A year ago my primary resolution felt more like a plea or a prayer–and it was answered, fulfilled, however one wants to label it for those who think labels are necessary. This year is different.

When I was working for Richard Simmons, we talked about how the most promising members of the club–that is, the ones most likely to stick with it and go the distance–were the ones who came with what we called “a quiet resolve.” We didn’t know what drove them, and they didn’t post signs or make announcements; they didn’t have mini-celebrations along the way; they didn’t make it something separate from their life that needed to be tackled or climbed or conquered. They came in, did their thing–sometimes a little more each time–wiped off the sweat and went about their business.

That is not a resolution. That is resolve. There is a difference. One is a statement, the other is way of being.

It’s a beautiful early morning and the stars reach beyond my imagination. Maybe everyone should come out here with a pad and pen to make their list for the New Year, here under a blanket of stars, so that goals are kept in perspective. We simply don’t know who we’re going to run into along the road and we don’t know what life might toss in the way. And way too often we forget the decision to do something–or not do something anymore–is only ours. This pilgrimage we’re on is a circle, and whether we measure by the day, by the decade, or, as we do this week, by the year, it’s coming around again. 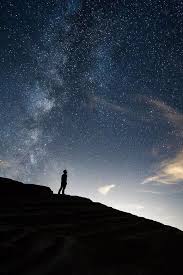